Population variant data can be efficiently represented using a 3D sparse array. For each sample, imagine a 2D plane where the vertical axis is the contig and the horizontal axis is the genomic position. Every variant can be represented as a range within this plane; it can be unary (i.e., a SNP) or it can be a longer range (e.g., INDEL or CNV). Each sample is then indexed by a third dimension, which is unbounded to accommodate populations of any size. The figure below shows an example for one sample, with several variants distributed across contigs chr1 , chr2 and chr3.

In TileDB-VCF, we represent the start position of each range as a non-empty cell in a sparse array (black squares in the above figure). In each of those array cells, we store the end position of each cell (to create a range) along with all other fields in the corresponding single-sample VCF files for each variant (e.g., REF, ALT, etc.). Therefore, for every sample, we map variants to 2D non-empty sparse array cells.

To facilitate rapid retrieval of interval intersections (explained in the next section), we also inject anchors (green square in the above figure) to breakup long ranges. Specifically, we create a new non-empty cell every anchor_gap bases from the start of the range (where anchor_gap is a user-defined parameter), which is identical to the range cell, except that (1) it has a new start coordinate and (2) it stores the real start position in an attribute.

The typical access pattern used for variant data involves one or more rectangles covering a set of genomic ranges across one or more samples. In the figure below, let the black rectangle be the user's query. Observe that the results are highlighted in blue (v1, v2, v4, v7). However, the rectangle misses v1, i.e., the case where an Indel/CNV range intersects the query rectangle, but the start position is outside the rectangle.

This is the motivation behind anchors. TileDB-VCF expands the user's query range on the left by anchor_gap. It then reports as results the cells that are included in the expanded query if their end position (stored in an attribute) comes after the query range start endpoint. In the example above, TileDB-VCF retrieves anchor a1 and Indel/CNV v3. It reports v1 as a result (as it can be extracted directly from anchor a1), but filters out v3.

By representing each sample's variants as non-empty cells in a 2D plane and using anchors and expanded queries, we managed to model population variants as 3D sparse arrays and use the vanilla functionality of TileDB-Embedded, inheriting all its powerful features out of the box.

Quite often, the analyses requires data retrieval based on numerous query ranges (up to the order of millions), which must be submitted simultaneously. TileDB-VCF leverages the highly optimized multi-range subarray functionality of TileDB Embedded, which leads to unparalleled performance for such scenarios.

But what about updates? That's the topic of the next section.

TileDB-VCF is based on TileDB Embedded which supports rapid updates via immutable fragments. That means that every time a new batch of samples is added to the 3D array, the previous contents of the array are not modified at all. Each batch write operation is totally independent and lock-free—any number of threads or processes can write simultaneously without synchronization, while ensuring consistency. With TileDB-VCF, both update time and storage size scales linearly with the number of new samples, solving the N+1 problem.

TileDB-VCF allows you to efficiently store, update and access enormous population genomic datasets, all open-source. And although it is a C++ embedded library (which works on a single machine), it also integrates very well with Spark and Dask, enabling you to scale your analysis to large clusters. However, the burden of managing clusters (spinning them up, deploying the software, monitoring the resources, etc.), falls entirely on you, which is quite an undertaking.

TileDB Cloud allows you to perform parallel ingestion and parallel slicing / processing, 100% serverless. This means that you do not have to spin up large clusters or pay for idle time. You can easily slice data or define complex task flows comprised of thousands of tasks, which TileDB Cloud deploys elastically in its serverless infrastructure, providing an unmatched combination of ease of use and low cost on the cloud—even for your most challenging analyses.

Join our vision to build a growing community around open data and code!

If you are familiar with the TileDB Embedded data model, you can delve into the technical details of how TileDB-VCF stores genomic variant data using 3D sparse arrays. Otherwise you can proceed with installation instructions and tutorials.

Previous
The Problem
Next
Data Model 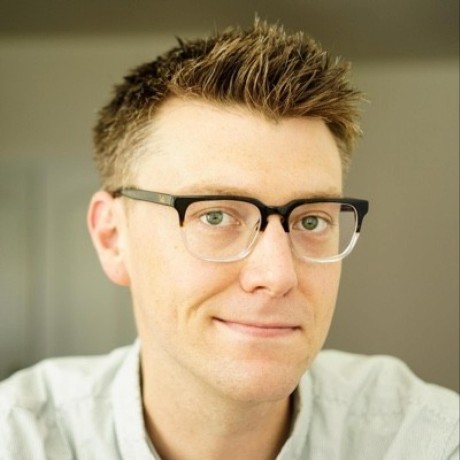